Our Feathered Friends, Porky Pig, and Finding a Stuttering Culture 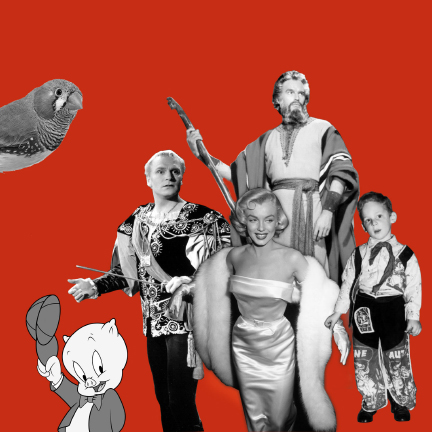 This is the third and final part of a review and analysis of Marc Shell’s 2005 text, Stutter. (Read Part 1 and Part 2). Shell is a Montreal-born professor of Comparative Literature at Harvard. He explores the significance of stuttering in an unusually broad scope of history, society, human evolution and culture.

Stutter looks at the larger story of stuttering and its relevance as a “pan-global, pan-cultural phenomenon.” This means avoiding its typical frames of reference such as that of a neurological deficit, its literary symbolic use for repression and pity, or the speech therapist’s clinical model. Given its role in historical narratives and the human evolutionary chronicle that the author lays out, stuttering has long deserved a more comprehensive inquiry.

Shell attributes his own acquisition of stuttering in childhood to a perfect storm of factors: the physical and psychological trauma of polio, family history (an uncle stuttered), and strained relationships with both parents. In the 1950s it was believed that stuttering in young children turned into a persistent condition when parents overreacted to normal disfluency, drawing too much attention to it. Long disavowed by speech pathology, this is known as the “iatrogenic theory.” If Shell’s parents were given any advice, however, they did not listen, as neither hid their displeasure from him. Highly affected by their reactions, particularly his father’s reprimands, he relates that “my father uncovered the stuttering in me” and “I never learned to walk or talk the way my mother wanted.” Yet Shell does not simply blame parents, or neurology, for stuttering. It finds its genesis, he explains, in a profound dissociative condition in childhood, a “separation of the world without from the world within” that disconnects intent from action and mind from body.

While Shell resists neat causal explanations for the enigmatic affliction of stuttering, he suggests that the iatrogenic theory did not deserve the wholesale rejection it received later in the 1970s. Brain scan technology revealed the stutterer’s neurological deficits that could only be corrected in the early stages of brain development, or so it was believed. Mainstream treatment shifted its focus to young children and became a training regimen of fluency exercises. Many therapists were reluctant to even address parental attitudes, lest it be seen as casting blame. This highly compartmentalized approach also grew out of fashion, and today stuttering treatment attempts to address emotions and tangential contributing factors.

Evolution and the Stuttering Finch 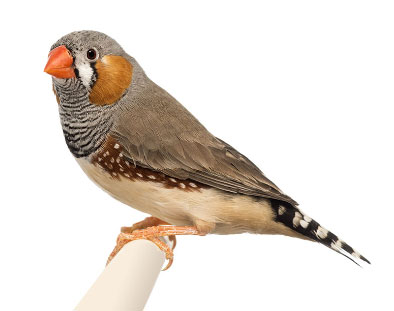 The Zebra Finch, bird who stutters

The neurology of stuttering has broader significance, and leads to one of Shell’s fascinations: birds that stutter. Neurological, physiological and genetic similarities exist between the musical language of birds and the spoken language of humans, and they are likely to have evolved similarly. A small percentage of zebra finches (a popular bird for research) displays pausing, repetition, and substitution of sounds when they sing — in other words, some of them stutter.

The fact that stuttering is not a uniquely human trait has wide-ranging implications. Shell explains how stuttering is the crossover point between the language of music (that birds and humans share) and human speech. Language has more in common with birdsong than with the noisy signalling of the ape, who possesses remarkable cerebral capacity for an animal yet no neural language centre or sophisticated vocal apparatus.

It has been maintained that language was initiated by a burgeoning intellect; early humans had something to say, so nature gave them a voice box to say it with. Singing was an embellishment on the speaking voice that came later. The evidence indicates otherwise: singing was, in fact, a crucial intermediate phase between animal vocalizations and speech. In this light, a stutterer’s ability to sing fluently ceases to be a mystery: the human vocal tract was designed for singing. The neurological activity that enables speech (where the glitch that causes stuttering exists) came later in evolution, not before.

The research is provocative, as it casts doubt on the long-held premise that conceptual thought is the foundation of language. Nevertheless, it is an enchanting notion about mankind’s evolutionary journey, from the grunting primate to the talking human, illustrated by the idiosyncrasies of stuttering. First, we sang.

Porky Pig, created by Warner Brothers in 1935, was originally voiced by a real stutterer and then replaced by the master voice artist Mel Blanc. Blanc combined what he observed in real stutterers with an actual pig sound. Shell characterizes Blanc’s depiction of stuttering as deeply humiliating parody, although not from a position of political correctness. He sees the complacency to Porky Pig by people who stutter as the result of a profound sense of isolation, and a “reflexive identification” with such caricatures.

In 1977, the National Stuttering Project (NSP, the precursor to the National Stuttering Association) compiled research to prove the character of Porky Pig had a negative effect on children who stuttered. They published a newsletter with the headline, “Watch out Porky, Here We Come!” Porky need not have worried. “We’ve had no complaints about Porky whatsoever,” responded Warner Brothers, and added smugly, “all our characters are made in one way or another to reflect people.” In the 1980s the same group tried to get the studio to feature a public service announcement aimed at children who stutter, also in vain.

Some adult stutterers see Porky as a role modelIn his book, Shell claims incorrectly that there were no vocal objections to Porky until the 1990s. Actually, the NSA saw the difficulty of rallying unified protests early on and chose to focus on other things, which in a sense proves his point anyways. Most adult stutterers, it turns out, take little offense to Porky; for some, he is even a role model. They see him as a fearless, take-no-crap go-getter, who couldn’t care less what people think. Furthermore, it can’t be denied that Mel Blanc’s voice work for Porky is sheer genius. For all his exaggerations, Blanc knows not only how stutterers sound, but how they think. He capitalizes on one of the most intriguing stuttering behaviours: word substitution.

In fact, word substitution is such a basic strategy for the stutterer that a fear of running out of synonyms can compound the already high stress of speaking. As Shell points out, expediently switching words while speaking is risking the long term meaning of what is intended, a risk the stutterer continually takes. Porky’s kaleidoscopic cycle of false starts through a gamut of alternate words, to finally arrive on one, leaves the listener in a peculiar quandry. Is Porky saying what he means? Does he mean what he says? The ambiguity, framed as a joke, perfectly illustrates the separation between intention and action that is part of the problematic nature not just of stuttering but of human expression.

It is nevertheless a point of inquiry as to why a character like Speedy Gonzales has been long retired from the Looney Tunes lineup on North American television, along with others who parody ethnic accents and stereotypes, while Porky endures. It is not because, in any objective analysis, he is less offensive. The answer has to do with the distinct nature of the experience of stuttering.

Searching for A Stuttering Culture

Stuttering imposes its own kind of individual isolationWhy would stuttering impose its own kind of “individual isolation,” different from that of other afflictions? Shell contrasts the “individual loneliness and non-communal aspects” of stuttering with the culture of the deaf and hard of hearing. For more than a century the deaf have had their own educational resources and, most importantly, their own language, American Sign Language. Language is, of course, a boundary line that both binds a group together and separates it from others. People who stutter can only use the same kind of language as everyone else: the spoken kind. This leaves them “on the periphery of expressivity” says Shell, as they are separated both from the “fluent world” and from each other. This is why Porky Pig is permitted to make fun of the way stutterers talk, but Speedy Gonzales can’t make fun of the Mexican accent. Language is power.

Globally, tens of thousands of people who stutter have formed organizations and attend support groups. Yet Shell maintains, perhaps controversially, that there is no real shared stuttering culture — it remains a decidedly and uniquely isolating condition. The iatrogenic theory positioned stuttering as a kind of contagion, particularly among children. On some level this is still a perception, subliminally messaging people who stutter to self-quarantine.

Shell relates a long standing joke about stuttering, dating back to French comedic writing of the 1800s. Two stutterers meet, and when they start speaking to each other, both think the other is mocking them. They get angrier and angrier, until they finally beat each other up. Hundreds of variations of this joke exist, the implication being that stutterers may be better off avoiding each other. For the fluent world, there is something farcical about the very notion of a conference for people who stutter. After all, one person stuttering is amusing, two are hilarious; adding more compounds the absurdity. Yet in the United States alone a national conference for people who stutter can attract more than a thousand people, and tens of thousands attend regional support groups. These resources are lauded as extremely beneficial for those who stutter. But, given that more than three million people in that country deal with stuttering, it would seem most of them are still not seeking each other out.

It is a common practice for stuttering organizations to publish lists of well-known successful people who stutter, or who used to stutter. Identifying them is meant to provide comfort and encouragement, to show that stuttering can be “conquered.” These lists are also meant to inform the fluent world to look beyond the stuttering and see the person. In Stutter, Marc Shell also provides a list, but with an entirely different purpose: to look beyond the person and see the stuttering, and to cast light on the role stuttering plays in what they represent. This is not an outlook that the stuttering community, as a whole, embraces — they do not pass around this book or celebrate it at conferences. Yet as a “pan-global, pan-cultural phenomenon” stuttering is worthy of such inquiry. Shell illustrates how, reaching back through recorded history, it plays a role in the foundations of law, society and culture. Its influence in human evolutionary milestones provides insight into how language came to be. Finally, the personal experience of the “unique punishment” stuttering inflicts on the individual, making speech ever-contingent on a multitude of variables, both internal and external, mirrors the ever fluctuating dance of mind and body that defines creative expression and the human spirit.