A Reflection on Stigma against Stammering 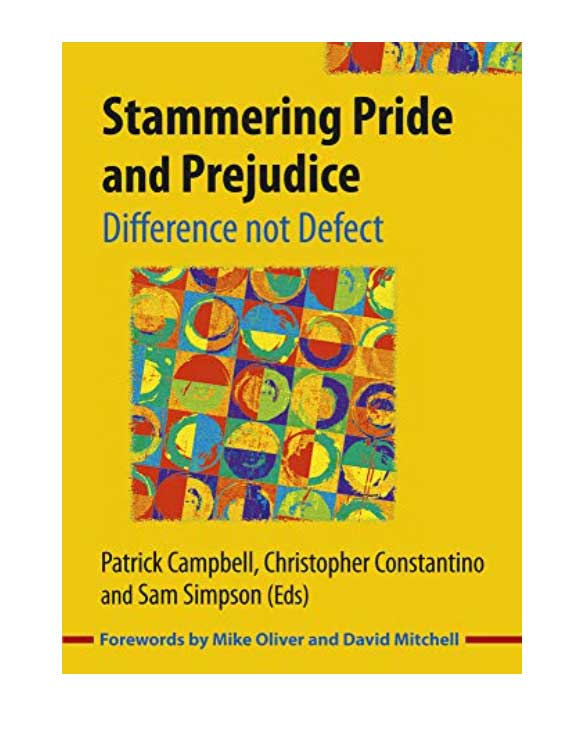 This is the third selected essay from the text, Stammering Pride and Prejudice. Like the author of the previous essay Scary Canary, writer Patrick Campbell had years of speech therapy, striving to be fluent for most of his life. As a student in medical school, he tried tricks to hide his stuttering whenever he spoke. His thinking changed when he embraced the social model, an approach that frames biases in society as the problem to be addressed, not the existence of stuttering itself. People who stutter are hard on themselves, he observes, and feel embarrassed and guilty for their imperfection, but they are “people with stigma rather than people with a speech problem.”

Campbell lists five ways that society is geared towards fluent speech and discriminates against people who stutter.

Unfortunately, says Campbell, people who stutter internalize the  stigma, through awareness (they perceive the public attitudes), agreement (they come to believe in them), and application (they live according to the stereotype through avoidance behaviours).  In a vicious cycle where we become what society has pronounced us to be, the prejudice of society can become a self fulfilling prophecy for people who stutter.

Summing up, Campbell agrees that people who stutter need to be proud of who they are, and that it is possible to “challenge societal prejudices and build a narrative of positivity and empowerment around stuttering.”

Next Month: Dori Holte and her critique of speech therapy for children.