A Glimpse of Early Memories as a Person Who Stutters 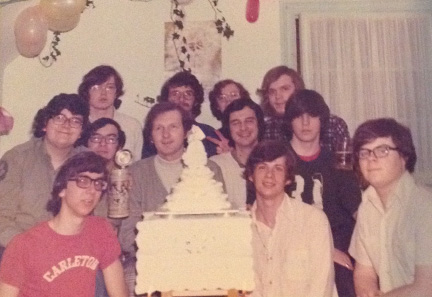 It is interesting how certain events and situations can illicit powerful memories — memories that remind me of the ways stuttering can significantly compromise a person's quality of life. I am not one to share much about my personal life experiences as a person who stutters, although I have been involved in the stuttering community. In 2011 I developed the 'A million things I need to say' 1k/5k Walk and Run for Stuttering Awareness and Fundraiser in support of The Speech and Stuttering Institute (SSI) in Toronto. I later introduced it to Newfoundland, and am a founding member and Chair of the newly formed Newfoundland and Labrador Stuttering Association (NLSA).


Glimpsing into the Past

"it's not the destination but the journey that matters" .... Ralph Waldo EmersonThe event that triggered my early memories was my sister and brother-in-law's wedding anniversary. When they were married back in 1974, I was living in a different city and going through a painful time becoming aware of the severity of my stutter, which I had denied and tried to hide for years. I feel that when people who stutter share 'just a glimpse' of their individual personal lived experiences, as a community we are able to support, gain insight, find hope and inspiration from each other and begin our journeys of healing.

During my school age years, I had a sense that I was different from other kids because I had trouble talking, not even knowing back then that it was called "stuttering." Growing up with five brothers and a sister, we periodically discussed it, but never entertained the idea of speech therapy, which in Harbour Grace, NL was non-existent. In my last year of high school I found a brochure with a caption "I am an Alcoholic Priest." Being religious, I was shocked! In retrospect it should not have shocked me, as I grew up being surrounded by alcohol. The brochure was about a seminary residence in Ottawa called St. Martins. How timely to pick up this brochure, given that I was in my last year of high school and during my formative years a seed had been planted that I was destined for the priesthood. Discovering this brochure was a sign!

Moving into the Unknown Future

Without much hesitation, I applied to St. Martins. My parents and parish priest were very supportive of me applying. When I received my acceptance letter it stated that laundry was included. My mother and I were ecstatic about this news, given that our family existed on government assistance. We interpreted this statement to mean that I did not need to buy additional underwear, as underwear was provided! I took the bus to Saint John's airport to buy a plane ticket, where I stuttered so severely that it took me several attempts to get my message out. I was becoming aware of the harsh reality of how severe my stutter actually was! It was my first time being away from home and I had limited insight into what I was about to experience. I was escaping a dysfunctional family environment to live in a different city and attend a seminary!

At that time in a rural, Roman Catholic family, there was an expectation that one son would be destined to become a priest. I was the chosen one! In retrospect, the idea of the priesthood was my parents dream. Having a priest in the family automatically entitled a family to respect in the community. A man destined for the priesthood was treated as special, sheltered from the world and most times left alone, with no demands, especially to speak. This reinforced a sense of false confidence. I played this wanna-be-priest role well! I felt important and respected. Hiding behind this Mask was my survival tool that compensated for my lack of confidence, lack of identity, and desperate need to feel accepted.

Upon my arrival in Ottawa, I was greeted at the airport by an Oblate (a priest and official of the college), who was surprised I only had one suitcase! After just a few hours at the residence I saw the higher economic class and communication levels of my fellow students and realized that I was not going to fit in. The writing was on the wall. The Oblates were alarmed by my stuttering, and at lost of what to do with me. I learned later that they had considered sending me home. To provide my readers with a sense of the severity of my stutter at this time, whenever I was asked my name, my behaviour was to stretch out my right arm, point at the ceiling, and repeat 'look now, look now, look now', and finally blurt out my name. During this painful and embarrassing ordeal, my listeners would look at the ceiling where I was pointing with a look of horror on their faces. This continuous ordeal reinforced my anxiety, shame, low self esteem and feelings of worthlessness and embarrassment.

Speech Therapy, Round One

Not giving up on me, the Oblates arranged speech therapy through the Royal Ottawa Hospital. This was my first exposure to speech therapy. Unfortunately little attention was paid to the emotional and psychological areas of stuttering; the emphasis was placed on fluency! In reality I was not ready for this kind of treatment and discontinued it. When my sister got married that year back in Newfoundland I was unable to attend, so my fellow St. Martins students and I had a small celebration to mark the event (see above photo). It was during this period that I was confronted with the true reality of the severity of my stutter! I was no longer able to hide or use a crutch. I was living in the real world that had communication expectations.

My time ended at St. Martins. I fumbled onward in the outside world, trying desperately to hide my stutter and therefore giving it the power to control my life. After experiencing some serious hills and valleys, I ended up relocating to Toronto and stumbled upon the Speech and Stuttering Institute (SSI). It was only through the SSI's clinical intervention that I was made aware of the emotional and psychological impact of stuttering, and areas that needed to be addressed in order to fully benefit from speech therapy. I was able to own my truth about my stutter, and to become aware of how hiding it can significantly compromise quality of life. I feel that by discovering the Speech and Stuttering Institute, I gained support, hope and the courage to begin the journey to address the emotional and psychological depths of my stutter. 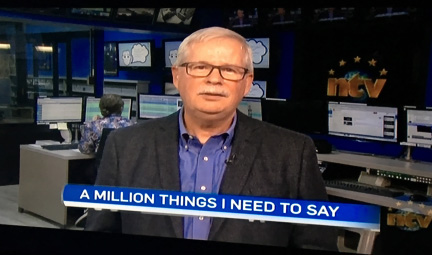 People who stutter are a resilient people. However, resilience comes with emotional and psychological costs! It requires a conscious decision, and the courage to step off the tread mill of survival and take time to reflect and examine our lives. We often allow our stutter to control our lives and behaviour, but through self reflection and examination we experience, the "aha!" moments of clarity. In these "aha!" moments, we begin to calm the storm within and make plans for our next steps of self discovery, and move forward towards owning and speaking our truth.

Until next time .... 'we as people who stutter have a million things to say'. Feel free to email me if you have any questions and or wish to share any thoughts.