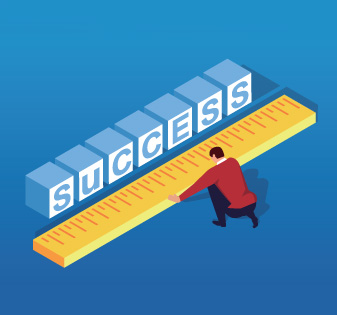 How will we know if our efforts work?

How effective are public education campaigns, directed at changing people's opinions about stuttering? How can the outcomes of such efforts be measured? I will discuss the current state of the art (or more precisely, the current status of survey design and statistical analysis) as it relates to measuring the effectiveness of projects seeking to change (for the better) public attitudes about stuttering.

First, why does the topic interest me? I stuttered severely, from age 6 until I was 41. Sometimes, I could not get out any words at all. In 1987, I attended a three-week ISTAR speech therapy clinic in Edmonton, which enabled me to relearn how to speak. I've learned fluency as a second language.

After the clinic, I spent several years consciously applying, in everyday speaking situations, the fluency skills that I had learned in Edmonton. I've heard that it's impossible for some people to formulate sentences while at the same time applying fluency skills as they are speaking, but I found a way that has worked fine for me. Research indicates that many stutterers can benefit from such a relearning process. However, a minority of stutterers will not be helped. This has mainly to do with how a person's brain is wired for speech production.

After attending ISTAR I became active as a volunteer on behalf of people who stutter. In the 1990s, I helped to set up several nonprofit organizations, locally, nationally, and internationally, dealing with stuttering. Among the organizations I have helped to launch is the Canadian Stuttering Association (CSA). In 1999, in my role at the time as a leader of the worldwide stuttering self-help movement, I attended a weekend meeting of an invited task force in Morgantown, West Virginia. The meeting launched a new initiative called the International Project on Attitudes Toward Human Attributes (IPATHA). That's when I became interested in measurement of the results of public education efforts. 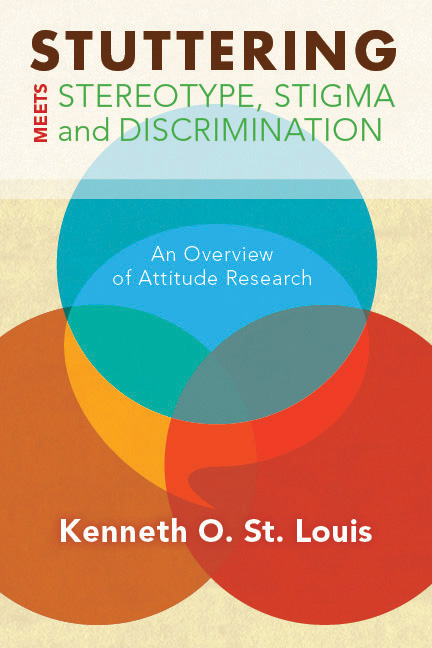 For 15 years, my volunteer work was focused on stuttering. Since then, my attention has been elsewhere, but I serve as member of an advisory board of the Canadian Stuttering Association. Recently, the CSA board has been discussing the STAMMA campaign designed by an advertising agency on behalf of the British Stammering Association, which seeks to challenge existing misconceptions connected with stuttering. It would be helpful to have a means in place whereby the results of such an effort would be properly measured.

A valuable resource for anybody with an interest in research and measuring efforts to change public opinions is Stuttering Meets Stereotype, Stigma, and Discrimination, a compilation of research papers and reviews, edited by Ken St. Louis of West Virginia University. One chapter describes the 1999 launch by St. Louis and his colleagues of an international initiative focusing on public opinion surveys of conditions such as stuttering. This initiative developed a survey instrument which stuttering organizations such as CSA could use, called the Public Opinion Survey of Human Attributes - Stuttering (POSHA-S). I encourage anyone with an interest in use of the survey instrument, to read Stuttering Meets Stereotype. For laypersons, it takes some effort to read the book, which features dense, academic language, and long paragraphs. The close study of such a book is well worth the effort.

What are some commonly held opinions regarding stuttering?

The POSHA survey instrument is something organizations could use

The POSHA-S survey tool offers one way to determine if efforts such as the STAMMA initiative will actually change public attitudes about stuttering. I will highlight what we are up against, when we seek to change firmly held stereotypes.

In Chapter 1 of the above-noted text, "Epidemiology of Public Attitudes Toward Stuttering," Ken St. Louis notes (p. 8) that "It is widely accepted that most cases of stuttering are due to genetically based, sex-linked physiological differences that affect the coordination and timing of neuromotor aspects of speaking." Such a view stands in contrast to what public perceptions of stuttering entails.

In Chapter 2, "Stigma and Stuttering," Michael Boyle and Gordon Blood note (p. 47) that "Extensive research collected over decades indicates that people who stutter are perceived as having undesirable personality attributes such as being introverted, shy, anxious, nervous, quiet, tense, guarded, fearful, embarrassed, and frustrated." The authors also cite research that indicates that "university students perceive preschool and kindergarten children who stutter as more guarded, nervous, shy, self-conscious, tense, withdrawn, avoiding, afraid, insecure, self-derogatory, and quiet compared to controls who do not stutter."

Such beliefs about the characteristics of people who stutter have been recorded, in worldwide research, among the general public, special educators, health care professionals, employers, vocational rehabilitation counsellors, and speech-language pathologists. The authors also note that negative reactions toward stuttering can begin at a young age. They cite research in which preschool-age children have been observed to react negatively to stuttering. One research project, they note, "observed preschool children who stutter interacting with peers during play and found that in some cases they were interrupted, ignored, or mocked" (p. 50).

Research concerned with changing of attitudes about stuttering

A key highlight is the finding that not all videos that deal with stuttering have the same effect on audiences. Some lead to more positive attitudes about stuttering, whereas others reinforce negative stereotypes. In some studies, the link, between a specified approach to changing attitudes, and the outcome is clearly defined. In other cases, the link that is sought is presented in a way that is vague or confusing. Sometimes survey design, and interpretation of the results, is based on a sophisticated knowledge of statistical analysis, whereas in other cases such knowledge is not readily evident.

An approach that has shown promise

Oral presentations that include humour are ideal to reach high school studentsBoth Chapter 1 and Chapter 5 refer to "a study in which an attempt was made to improve high school students' attitudes toward stuttering by listening to a humorous talk by an adult who stuttered, a video presentation featuring this adult (along with others), or both (p. 24)." The overview in Chapter 1 notes that "The study had two groups of students, one who heard the speaker only (ORAL) between pre- and post-POSHA-Ss, and the other with the video (VIDEO) between pre- and post-POSHA-Ss followed by a shortened talk (VIDEO + ORAL) and a third POSHA-S. Thirty-seven percent of the corrected POSHA-S comparisons were significantly improved in the study after the ORAL condition only and 35% after the VIDEO condition."

It appears that oral presentations, with inclusion of a bit of humour, is among the optimal ways to change attitudes about stuttering among high school students.

An organization needs someone skilled in survey methods and statisticsThe survey instrument developed by Ken St. Louis and colleagues is a valid means, available to nonprofits such as CSA, to measure outcomes of public education efforts such as BSA's STAMMA initiative. However, some requisite skills would have to be in place. In order to organize a 'before' and 'after' evaluation of a given project aimed at attitude change, at least one volunteer with skills in survey methods and statistical analysis would be needed. We had such a volunteer in the years during which CSA was being developed. It served us really well. People with skills in such areas can serve as a great resource, as volunteers on behalf of nonprofits such as CSA, when they are students and at the start of their professional careers. Someone with these skills would be necessary if CSA or a similar nonprofit sought to determine whether or not their efforts to change public attitudes are effective or not.


Jaan Pill is a retired schoolteacher and a co-founder of the CSA, as well as other organizations. He has a website at www.preservedstories.com