Pushing Past your Perceived Limits 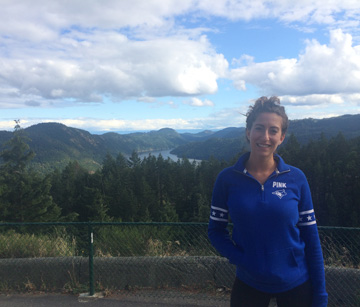 I knew something was different about me. No one wanted to tell me, but I knew I didn’t sound the same as everyone else. When I reflect back on my adolescence, I would describe it in one simple word: alone. I didn’t understand why I was different, how I could fix it, or why me? Despite the sincerity of my questions, I posed them to a silent audience, from an empty stage, in what felt like a dark room.

I always believed I would grow out of my stuttering. Every July twenty-ninth on my birthday I would wake up, take a deep breath, and talk aloud to myself in hopes that this would be the year it was gone. Not until my twentieth birthday did I decide it was time to be honest with myself – my stuttering wasn't going to go away.

The definition of ‘honesty’ has always intrigued me. Honesty is defined as being “free from fraud or deception”. It took me years to realize I was a fraud – an imposter –pretending to be something I was not. I played the role of an insecure, unambitious, timid girl – and there could have not been a more inaccurate depiction of me. I allowed my stutter to take control as the real me quietly hid in its shadow.

to admit to a group of people you have a stutter was something I couldn’t bring myself to doI went many years without telling anyone I had a stutter. In conversations people continually asked me if I was cold, if I was okay, or if I was sure about my answer to a question; and I stood there, smiled and said nothing. I sometimes even laughed along with their joke in hopes that acknowledging their comment would encourage them to move on to the next topic.

I don’t recall an event or a specific day, and I didn’t encounter some life changing experience, but while I was completing my undergraduate degree at the University of Victoria, I decided I was done being a fraud. I am different, I have a stutter and it isn’t going to stop me. Once I was able to be honest with myself, I could be honest with others. 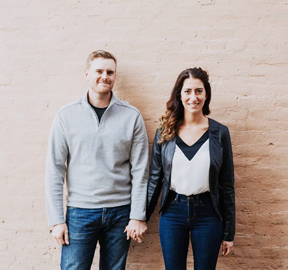 It has taken many years for me to reach the point in my journey where I feel the desire to connect with others, share my experiences, and work with the stuttering community to offer the support I missed throughout my own journey. I sometimes wonder how much easier my journey could have been, or how earlier I could have arrived to this place of acceptance, if I had utilized the support that was available. I know there are so many others out there just like me. Not just people that have a stutter, but who are hesitant to use the resources around them. I feared that once I identified myself as a person who stutters, than others would identify me as that as well and I would start receiving special treatment or be treated differently.

I was wrong to believe my stutter could limit me. At 24 years of age, I have a BA double major in Political Science and History and have completed extensive research on the topic of identity politics and postcolonial development. I received post-graduate acceptance into 4 of top 25 universities in the United Kingdom, including the University of London and the University of Edinburgh. Despite my application success, I decided to redirect my career and deferred my acceptances to take a position in Victoria with the British Columbia Provincial Government. I plan to complete my Masters in Comparative Public Policy in September 2019 to further my career in intergovernmental relations within the BC Public Service.

Christina Spicer lives in Victoria, BC. This is her first article for the Canadian Stuttering Association.