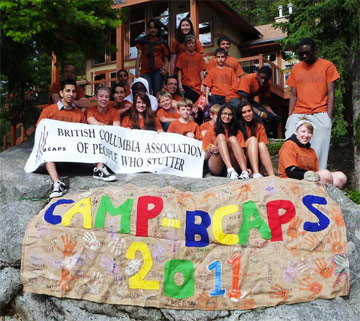 Young people at the 2011 Camp session

Although BCAPS is gone, people in BC who need information about stuttering treatment have a good resource at the British Columbia Association of Speech Language Pathologists and Audiologists website that offers a list of professional services for stuttering treatment. Burnaby, BC resident Kim Block is currently promoting her children's book about a girl who stutters and is helping to raise awareness about stuttering, and not just in BC! Yet looking back, many people's lives were touched throughout the years by the now defunct organization with its roots as far back as the 1980s.

The British Columbia Association of People who Stutter had its start in 1989 with the creation of a self-help group based in Vancouver. Organizers of this group started to plan the formation of a provincial organization to bring people who stutter together, make speech therapy more accessible for both children and adults, establish better relations with speech-language pathologists and raise public awareness about stuttering. The initiative was boosted when some group members from across BC attended the first Canadian national conference for people who stutter in Banff in 1991. This conference intended to form a national organization, but the B.C. attendees still thought an entity with a provincial scope could be more effective. The Vancouver-based community lobbied the province for recognition and funding. A quarterly print newsletter called "The Blockbuster" began and members of the Vancouver group appeared on a community television program. 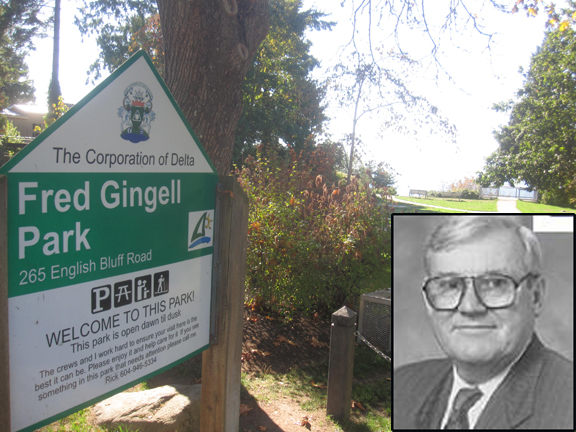 
Due to the letter-writing campaign, in 1992 the BC Ministry of Health announced that they would undertake a study of therapy programs for people who stutter. They also began a series of province-wide teleconferences to listen to people who stutter and speech pathologists and gather information. By the end of 1992, members met to investigate the legal process to establish a non-profit society, and a few months later BCAPS became official.

By 1993 involvement and interest in the organization had increased province-wide, and BCAPS first board meeting was held in Williams Lake, BC. One of the major discussions centred on becoming more politically active in order to obtain funding for intensive therapy in the province. BCAPS found a kindred spirit in Fred Gingell, a Liberal MLA at the time and a life-long stutterer. Gingell represented Delta South in the Legislative Assembly of British Columbia from 1991 to his death in 1999. In 1993, during the third session of the 35th BC Parliament, he read a Private Member’s Statement entitled “The Plight of the Stammerer” on behalf of BCAPS. His support and friendship was much valued, and after his passing some BCAPS members were involved in the dedication of a park in his name in Tsawassen, commemorated with a plaque.

In the years that followed, the Ministry of Health announced its first annual grant to the Provincial Voice Care Resource Program to assist up to 15 adults who stutter with the cost of intensive fluency therapy (This grant was eventually renamed "The Fred Gingell Memorial Stuttering Treatment Support Program”). Many people across the province were helped financially by this grant when they found the cost of therapy prohibitively expensive. Another source of funds were Casino Nights in which the province required casinos to donate partial winnings to certain non-profit groups. This allowed BCAPS to continue with the newsletter, launch a website and a toll free phone number to provide information about therapy and self-help groups, as well as creating a lending library of books and videos related to stuttering. 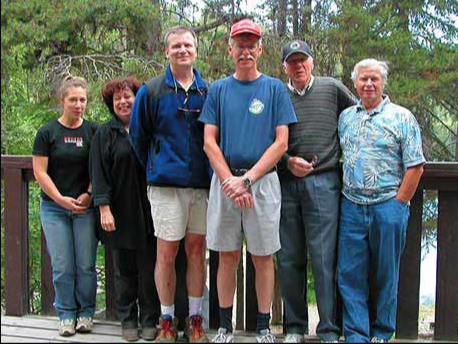 
The next decade of BCAPS was perhaps its most fruitful. It is most likely that the children's camp, Camp BCAPS, for which the organization will be best remembered. The first session in August of 2001, a free summer fun camp for children who stutter and their families at the Silver Lake Forestry Centre near Peachland, BC, sparked an annual gathering that continued for the next thirteen years. Many great memories of fun and learning experiences were formed there. (You can see photos of the camp over the years on the Flickr page).

Over the course of the next decade, BCAPS continued to be led by a team of dedicated volunteers who furthered the mission of the organization by encouraging self help groups, holding meetings and refresher courses, organizing the annual children's camp session and continuing support of people who stutter in the province. They maintained contact with other self help groups, particularly across the border in Washington State, and participated in a national Canadian conference that took place in Vancouver in 2011.

As it happens with many volunteer organizations, eventually active members dwindled and enthusiasm waned. BCAPS folded in 2016, after providing more than twenty-five years of service to people who stutter in their province, and providing a model for similar organizations such as the national Canadian Stuttering Association. People who stutter in Canada owe thanks to those who led BCAPS over the years and its supporters. Thank you, BCAPS!