Speaker of the House of Commons, Geoff Regan 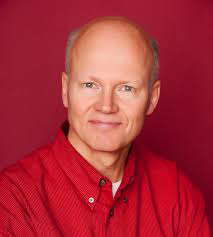 Geoff Regan, Speaker of the
House of Commons


Now Speaker of the House of Commons, in the summer of 1982, Geoff Regan dropped into a Halifax speech clinic to ask for some help.

I had the good fortune to interview the Honourable Geoff Regan, Speaker of the House of Commons, when he visited Toronto on October 22, 2016 to make a keynote presentation at the Canadian Stuttering Association's 25th Anniversary Conference. On that day, I drove Geoff Regan from the Billy Bishop Toronto City Airport to Ryerson University, where he spoke at the Conference. With his permission, I recorded our conversation as we drove.

The Speaker of the House of Commons had a speech disorder during his early years. In his early twenties, he was able to overcome the impediment through speech therapy, and a lot of practice.

Elected as Speaker, by his fellow Members at the House of Commons

As we were getting closer to the conference site, we tried to guess the size of the audience. I estimated there might be 50 or 80 people, but added that I could be a ways off.

Jaan Pill: That's an amazing arena, and your job is such a critical one. How is the the Speaker chosen? Is it chosen by vote among the Members?

Geoff: It used to be you would have a series of ballots, until one of the people had 50 percent plus one, but now, as of a motion passed a year ago, before the last election, it's now by preferential ballot.

I've consulted a dictionary, to clarify what a preferential ballot is. It's a system of voting whereby voters indicate their order of preference for each candidate listed on a ballot. If no candidate receives a majority of first preferences, then the first and second preferences, and maybe the third and other preferences, are counted together, until one of the candidates gets a majority.

A Dec. 3, 2015 CBC article, regarding this election process, is entitled Meet Geoff Regan, the new Speaker of the House of Commons: Liberal MP is the 1st Atlantic Canadian in nearly 100 years elected as Speaker. 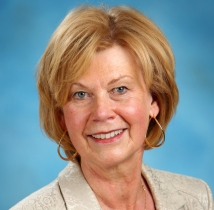 The CTV video at the above-mentioned link notes that the Honourable Geoff Regan is the son of a former Premier of Nova Scotia. The Halifax speech clinic that Geoff Regan attended, and refers to in the CTV broadcast, was run by Joy Armson, who is at Dalhousie University. In the video, Joy Armson notes there was a lot of rote practice in the speech therapy that she provided at the Halifax clinic. She recalls that Mr. Regan was diligent about practising. His sister Nancy notes that apart from being a really hard worker, and really disciplined, her older brother has an uncommon sense of compassion because of what he went through in those early years.

The article features excerpts, including the following ones, from his speech at a Friday night dinner (April 29, 2016) at the conference:

I am myself a grateful beneficiary of the valuable work performed by speech-language pathologists.

When I was younger, I found that I was so eager to express my thoughts and ideas that I couldn’t slow down enough to get the words out clearly, and the delivery would get tangled up. As you can imagine, this affected my sense of confidence, and by the time I reached my twenties I decided I had to find a way to correct the problem.

So, during the summer of 1982, I dropped into the Nova Scotia Hearing and Speech Clinic in Halifax to ask for some help. There I met with Dr. Joy Armson, and over the ensuing weeks, she and her student taught me relaxation and visualization techniques, along with the Slow Normal speech pattern. I can’t remember exactly how many weeks or months this lasted, but I found it very helpful.

He added, in his remarks, that:

Today, I have the honour of serving as the 36th Speaker of the House of Commons. I can honestly say I never imagined I would occupy this position, and I can also say, with gratitude, that I could certainly never have done so without Joy’s help and encouragement.

We engaged, on our drive to Ryerson University, in shop talk related to speech therapy, which I found of much interest.

At his CSA 25 keynote presentation, Speaker Regan underlined how important he found it to speak with expressiveness. The value of expressiveness, in one's speech, was really brought home to me, in the course of Geoff Regan's visit to Toronto in October 2016.

Geoff: Would you say that today you speak in a modified form of Slow Normal? A bit? Because, you don't sound like it to me. I remember, when I was trying to learn Slow Normal, when I was about 22, I found it frustrating and hard, because I found it difficult to do it with an expression, and to have a normal-sounding conversational tone to it, right.

Jaan: Well, in my case, I learned a variation of the Slow Normal. In some speech programs, you were taught to prolong every syllable the same length, and in my case, in Edmonton, I learned to prolong my syllables differentially. The syllables that carried the stress were prolonged slightly longer, than the unstressed syllables. As a result, even my slow speech, if I was speaking at a slow rate, sounded somewhat more normal than if I had been extending each syllable the same length of time.

I practised for two or three or four years, after the program in Edmonton, every day, and I would record conversations, and analyze how I was doing, at applying the skills. And so, in this those years, I sounded like someone who'd taken an accent-reduction course.

Jaan: And I was very precise and very careful about how I spoke, and after about 15 years, I began to sound relatively close to normal in my speech pattern. But still, I have some abrupt onsets of voicing, which doesn't impede my speech, but I start vowels a bit harshly, and a few people will notice that.

Geoff: I think for me it's more often consonants. And I remember, now that you mention it, that when I was doing speech therapy, it seems to me that the focus was on stretching the vowels, you know, making the vowels last longer as opposed to the consonants.

Jaan: Yeah, that's the most important thing. And in terms of consonants, the concept that I learned, and I'm sure that you learned something similar, is to have light contacts, to have not a lot of pressure on plosives like "P," or consonants like "M" or "N."

Geoff: Right. I don't remember it in just exactly that way but I probably was taught that. It seems to me that I remember, you know, being taught - they tried to teach me - how to relax, in advance of a word, with which I had trouble in the past.

Jaan: Sure, I can appreciate that, yeah. So, which speech therapy program did you take?

Geoff: Well, I went to the Nova Scotia Hearing and Speech Clinic. Joy Armson was my lead speech pathologist. And she had a student. I wish I knew the student's name. She [Joy Armson] could probably tell me, if I ever see her. So, it was way back in '82. I don't know how long I did it. I don't remember. It probably went back there over a number of months, and maybe over a year.

Jaan: I like Joy Armson's approach. She's very data oriented, and she keeps up with the research in the field.

It was a pleasure to meet the Honourable Geoff Regan, Speaker of the House of Commons

I'm delighted that, in the context of my volunteer work, I had the opportunity to meet the Honourable Geoff Regan, Speaker of the House of Commons, on October 22, 2016 in Toronto.

Meeting him was one of the remarkable, and positive payoffs, of the disability that has been a part of my life for many years, but that many of us who stutter manage to overcome, or manage to deal with in a positive way, as the years go by.

Jaan Pill is a retired schoolteacher, and the co-founder of the Canadian Stuttering Association. You can read his blog at www.preservedstories.com