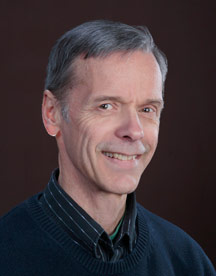 This is the content of a speech delivered by Jaan Pill to the North York Kiwanis Club, April 20, 2011.

Good evening. I want to thank you for this opportunity to speak with you.

Twenty years ago, I was involved in the founding of the Canadian Stuttering Association, or CSA for short. CSA is run entirely by volunteers, and I am one of them.

Part of my volunteer work involves media relations on behalf of CSA. Usually, that means sending out a news release, every time we have some event or conference that we want to publicize. In response, reporters will contact us and put together a story.

In the case of the recent Oscar-winning movie, The King’s Speech, we did not send out any news releases at all. Instead, large numbers of reporters have contacted us directly and set up interviews with our members. The resulting stories, including on CBC Radio and Television, Newstalk 1010 Radio, and in The Globe and Mail, Sun Media, and elsewhere, are posted on our website. We also staged an “Oscar Night” Fundraiser in celebration of The King’s Speech.

As you know, I’m sure, this movie is based on the story of King George the Sixth, the Queen’s father, who showed courage and resourcefulness in dealing with the fact that he stuttered. Research indicates that, in countries around the world, stutterers are typically perceived as shy, nervous, introverted, fearful, and weak. There is a widespread public belief that stuttering reflects psychological difficulties. There is a lack of accurate information about the nature of stuttering. Movies in which stutterers are made the butt of jokes serve to reinforce these kinds of attitudes. The King’s Speech, in contrast, is a positive portrayal of someone who stutters. This movie has done wonders to raise public awareness about stuttering.

I began to stutter at the age of six. In my late teens and early twenties, I stuttered severely. Sometimes I could not get out any words at all. One time, I phoned someone and tried to say hello. I found the “H” sound at the beginnings of words especially hard to say. After about thirty seconds or so of trying to say hello, I just hung up the phone, without saying a word. When I was thirty, I attended a three-week stuttering therapy program in Toronto. I attained some level of fluency as a result.

About a week after the Toronto clinic, however, I was speaking with a friend on the phone, and my newly acquired fluency skills flew out the window. I did retain enough of these skills, however, to graduate from a faculty of education. In the early years of my career, I taught small special education classes in Toronto.

Eleven years later, in May 1987, I read an article in the Toronto Star describing a stuttering treatment program in Edmonton. In July of that year, I flew to Edmonton and attended a three-week treatment program at the Institute for Stuttering Treatment and Research, or ISTAR for short.

Einer Boberg and Deborah Kully of Edmonton developed this program in the mid-1980s. The program has been continuously updated ever since. In Edmonton, I relearned how to speak. I like to say I learned fluency as a second language.

I knew from experience that I would have to work hard to maintain these skills after I left the clinic. I practised these skills every day for over four years. I recorded large numbers of conversations and phone calls, and analyzed two-minute segments of them, to ensure that I was applying the skills correctly.

Back in Toronto, I made many presentations. Every time I would be making a fluent presentation to a large audience, however, a voice inside me would say: “You’re not supposed to be able to do this. You’re supposed to be falling flat on your face.” That voice really bothered me.

At first I thought I should get some psychotherapy. But then I realized that what I needed to do was to compare notes with other people who stutter. That led me to start a local self-help group in Toronto. Our first meeting was in September 1988, at the North York Central Library.

A year later, a speech therapist who stutters, Tony Churchill of Mississauga, spoke at one of our meetings. At that meeting, I asked him about the self-talk that was bothering me each time I made a speech. Tony Churchill told me that this inner voice was telling me that I needed to adjust to some changes that had occurred in my life. After that, the inner voice never bothered me again.

The Canadian Stuttering Association is a registered, incorporated, non-profit organization. We offer an impartial forum for the sharing of information about stuttering. We do not endorse or reject any particular way of dealing with stuttering, except in cases where someone alleges that they have a sure-fire ‘cure’ for stuttering. As a rule, there is no cure for stuttering.

Many stutterers can learn to control their stuttering, so it does not interfere with effective communication. If we are able to achieve control over our stuttering, it means that we are able to be more productive and reach our full potential. The earlier a person gets treatment, the better. Not getting any treatment at all is also an option.

Will the King’s Speech lead to a change in public attitudes about people who stutter? At this point, we don’t know. Research is now under way to determine the answer to that question.

Perhaps the most salient feature of stuttering is the avoidance of speaking situations. When we stop speaking, we remove ourselves from the mainstream of life. Stuttering affects about one percent of the adult population – about 340,000 Canadians. About five percent of young children stutter during the years they are learning to speak. More boys are affected than girls. Most young children outgrow their stuttering – but some do not.

Our advice to parents is that if your child stutters, you should seek assessment by a speech therapist who specializes in the treatment of stuttering. For preschoolers, effective programs are available, such as the Lidcombe Program.

A database of speech therapists, from across Canada, who are trained in the Lidcombe Program, is available at the website of the Montreal Fluency Centre at Montreal Fluency-dot-com.

What can you, as a fluent person, do when speaking with a stutterer?

Aside from movies, books offer another great way to share stories about stuttering. Karen Hollett of Yellowknife has written a children’s book, Hooray for Aiden, about a girl who stutters. The central character, Aiden, faces the challenge of speaking out in front of her class, after arriving at a new school. This book, which is driven by a powerful and compelling story, has been sold widely to school boards across North America. Karen Hollett’s website is at Hooray for Aiden-dot-com.

By way of summary, The King’s Speech is a story about a King who shows courage in dealing with the fact that he stutters. The sharing of accurate information helps to counter the myths about stuttering. Children’s literature and social media can play a strong role in the sharing of our stories. The Canadian Stuttering Association offers an impartial forum for sharing of information.

In closing, I want to thank the North York Kiwanis Club for inviting me to speak at your event this evening.

We look forward to speaking to other groups as well.

If you can help us in setting up presentations to other groups, please let us know.