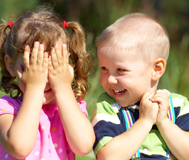 An Australian Research Centre has recently published results of a study examining the onset of stuttering and its effects on preschoolers, up to age 4. The controversial results, and the circulation of the study in the media, have attracted widespread attention.

In 2002, the study recruited 1,910 infants who were to be later monitored for stuttering. In 2004 when the children turned 2, the parents who had agreed to participate were asked to report if speech disfluencies were noticed as the child learned to speak, whereupon a speech pathologist would visit the home to evaluate the child. If it was determined that the child was stuttering, monthly visits would be made to the home to video record play sessions with the child and determine a severity rate for the stuttering. Evaluation of the child was conducted through questionnaires filled out by the parents. This included assessment materials indicating communicative development and symbolic behaviour specifically for infants and toddlers.

At age 4, the child was assessed again by the researchers and parents with tests that measured the child’s receptivity, expressiveness and non-verbal cognitive abilities. The parents filled out more questionnaires regarding the child’s behaviour, temperament, health-related quality of life and psychosocial behaviour.

1,619 families participated fully in the study, out of the original recruited number of 1,910. 11.2% percent of the children experienced stuttering before age 4. This is much higher than previous estimates of preschoolers who stutter, that stand at about 5%.  Out of the children who were found to be stuttering, only 6.3% had recovered within one year. Although more boys than girls stuttered, girls were less likely to recover from the stuttering than boys.

It makes sense that, as more expressive and verbal children would start talking earlier and more often, their stuttering would be noticed earlier. It could also be inferred that stuttering is a “byproduct of rapid language development” between 2 and 4 years and actually improves outcomes for language, nonverbal skills and psychosocial health. Children who stutter are not, in the end, necessarily damaged by delaying treatment for a year or more.

There is also implied in the findings a method for identifying children who stutter who are at less risk for continued stuttering. The researchers site this study as contributing efforts to identify children more at risk of chronic stuttering, and are therefore more in need of treatment.

Resources for children who stutter are limited. Even today where just a fraction of kids who exhibit stuttering actually see a therapist, there is a shortage of SLPs who specialize in treating children who stutter. Especially if the number of preschoolers who stutter is higher than the believed 5%, it is unlikely that any nation in the world could provide that number of children with one-on-one treatment from a qualified therapist. By being able to identify those at higher risk, treatment can be reserved for those children more likely to experience severe and permanent stuttering.

The American organization, the Stuttering Foundation, reacted to the research and its dissemination to media outlets with concern and skepticism. In the Foundation’s press release, president Jane Fraser expresses concern that headlines in news articles such as “parents of children who stutter don’t have to worry” will only to confuse parents as it contradicts advice that has been given for decades. She points out that much of what is “uncovered” in this study has already been researched and documented – specifically that preschool children who stutter actually possess advanced language skills for their levels, and that they “do not differ in temperament or mental health from children who do not stutter.”

Also, the foundation expressed skepticism about the finding of 11% of preschoolers stuttering, believing this to be the result of a biased recruiting method. They question the fact that the study ends at age four, as this is just the age where the experience of stuttering becomes more acute for the child and negative repercussions start to manifest. (The researchers state they plan on continuing the research with the children.)

The Stuttering Foundation stands by the advice it has always given, that the “wait and see” approach is too risky and could cause added hardship for a child who stutters, by delaying treatment that could alleviate the problem within a crucial window of a child’s development when the brain is most malleable.

The findings in the Australian study contradict previous studies, namely one in 2005 that found “children who were treated early on for their stuttering problem were able to improve the speaking disorder before they started school.” Although up to 80% of children who stutter outgrow the problem, it was found that the recovery rate was even higher than this when therapy was provided.

There are also previous studies that found children who stutter actually did not perform better than their non-stuttering peers, in language skills or otherwise.

SLP Voon Pang, in an article on the Stuttering Foundation website, also expresses concern over the study. She advises parents to trust their instincts, and not to delay asking for help if they feel it is needed.

The research team is sticking by its findings nevertheless, and is continuing their research on the children for as long as their parents wish them to be a part of the study. “We will continue to follow the children to learn more about how many recover from stuttering with and without intervention” says Sheena Reilly, the study’s lead author.  “We particularly want to be able to predict when children will continue to stutter so that we can target earlier and better intervention at those children.”